For 28 Years Shane Madden has been part of Dubbo CYMS rugby league and it was fitting that he received a standing ovation after being awarded the Ken McMullen Medal winner on Saturday night.

It was indeed a Gala Night hosted by CYMS Chairman Kevin Walkom and attended by more than 150 people with CYMS celebrating 70 years, a season coming on the back of Group 11 premiership wins in First Grade, Reserve Grade and Ladies League Tag. CYMS Under-18's also made the final series.

Jarryn Powyer also had reason to celebrate after being player of the year and winning the Boy Tipping Trophy. He was also the Ian O’Sullivan Trophy winner as the best forward as well as CYMS Best and Fairest in the top grade and CYMS Old Boys Best and Fairest. Jarryn has been a standout player for CYMS over several seasons and deserved the recognition that came his way on this occasion.

And what about the season that centre Wade Kavanagh has had? While Group 11 officials saw fit to deny him the opportunity to share the Grade Final win with his teammates after being sent off in the closing minutes of the game, CYMS saw otherwise. Saturday night he was the Best Back award winner and won coach Tim Ryan’s Coaches Award. Courage is a word that you relate easily with Wade and he couldn’t hold back his excitement when named winner of the John ‘Bumper’ Kennedy Memorial Trophy. The memory of that grand final presentation snub for Wade will be long remembered by CYMS and the six-week suspension was mentioned more than once on stage during the night. It was a penalty that hardly fitted the ‘crime.’

Point scoring champion Alex Bonham was proudly acknowledged by Kevin Walkom for his record feat of scoring 64 points for CYMS First Grade in their win over Wellington. A framed CYMS guernsey with game details of the occasion was presented to Alex. Sadly it was also mentioned that Group 11 didn’t see fit to recognize Alex’s performance at their end of season dinner.

Jyie Chapman also accepted a framed guernsey on behalf of the Chapman family who again sponsored the Annual Indigenous Day for CYMS.

Premiership winning First Grade coach Tim Ryan gave a great resume of the season, not only for his team, but also for the entire club. But his best quote came at the end and was directed to the support CYMS received off the field, specially in the grand final when most of the pre-game attention was focused on Nyngan:

“In the past, CYMS supporters have been there to see us win games and grand finals. This year (against Nyngan) the CYMS Family stepped up and HELPED us win a grand final.” True words.

CYMS Old Boys have been part of the football club for 20 years and part of their involvement Saturday night was presentation of a number of trophies in all grades and monetary contributions to several Western Rams and Country Representatives. Then, there was presentation of a sponsorship cheque for $15,000 to the club. Thank you sincerely and to all the people involved in the Old Boys and those who regularly attending joker jackpot and raffle draws that are held each Thursday night at the Commercial Hotel.

Mick Fraser and Shane Medley both attended the dinner and spoke from the bottom of their hearts about the support from the CYMS Family that has come their way during the past year. Mick and Karen and their family lost their son Sam tragically nearly a year ago and then in June, Ryan Medley suffered serious spinal injuries in the Reserve Grade game between CYMS and Wellington. Ryan on Monday will enter a rehab clinic at Ryde to continue his fight back to a quality of life.

One of many features of the dinner were some great photographs and video presentation courtesy of Angela and Linda, and the professional MC of Daniel. Thank you also to the ladies and others who set the scene for the dinner with decorations, fitting of the occasion.

Two of latest Dubbo CYMS graduates into the NRL, Isaah Yeo and Kade Ellis from Penrith Panthers, were also at the presentation dinner. Isaah had a great year in first grade with Penrith and in the past two weeks Kade won NSW and Championship trophies with Penrith second grade. Last Sunday Kade was judged man of the match in the Championship Grand Final against Papua New Guinea.

No coaching appointments have been made at Dubbo CYMS for 2018 but expect announcements in the near future. CYMS will again work the bar at the upcoming Dream Festival in Victoria Park on Saturday, October 21 from 4pm till 10pm. As well, the annual meeting for CYMS will be held on Monday night, November 6 at the Dubbo RSL Club, with the Group 11 AGM the following Sunday at Narromine.

And, let’s not forget the financial support directed at CYMS through the club’s long list of sponsors, thanks sincerely.

Boy Tipping Player of the Year - Presented by Joel Rapley

Dan O’Sullivan Clubman of the Year - Presented by Pat Yeo

Club Person of the Year

Tom and Marcia Nelson Trophy Player with the Most Potential 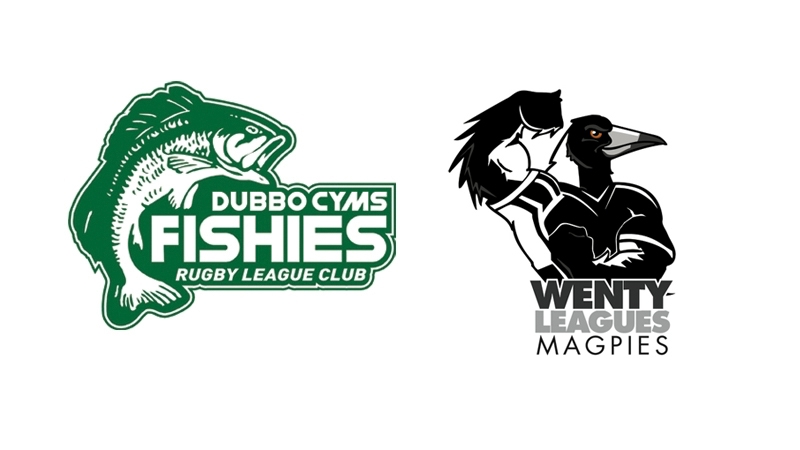 CYMS under 21’s will begin training Wednesday’s and Friday’s starting this Wednesd...

There are currently no upcoming events.